Healthcare Execs invited to Capitol Hill to discuss the AHCA 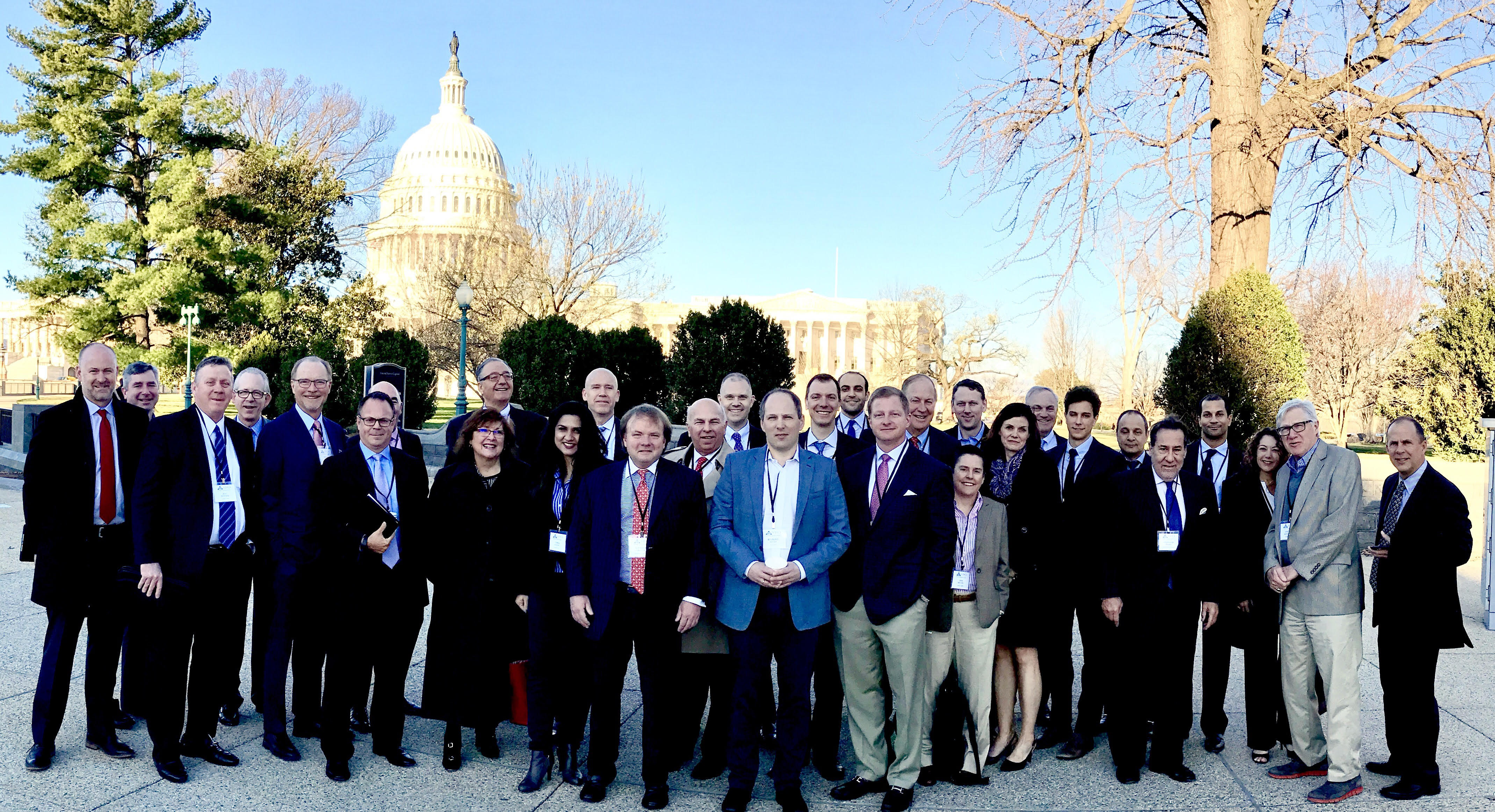 45 Healthcare Execs invited to Capitol Hill to discuss the AHCA

President Trump and the Republicans have run on Repeal and Replace since 2010 but have not been able to coalesce around what ‘replacement’ should look like.  I was offered a front row seat, with 45 other Healthcare execs invited to Capitol Hill last week, to meet with Republican Congressmen and discuss the AHCA.  The Freedom Caucus stood firm as a single unit, arguing the American Health Care Act was ‘Obamacare lite’ and a new entitlement program swapping ACA subsidies for tax credits.  They sought to repeal the entire insurance regulation infrastructure rather than amend or vote for anything that resembles Obamacare.

Our group was comprised of YPO/WPO President’s leading healthcare companies.  We met with Senators Rand Paul (KY) and Bill Cassidy (LA) and Congressmen Chris Collins (NY), Diane Black (TN), Tim Murphy (PA) and Pat Tiberi (OH).   We had a robust give and take on the policies that affected our companies and were impressed with the passion, detailed and wonky knowledge these congressmen had on the legislative and business details of the act. 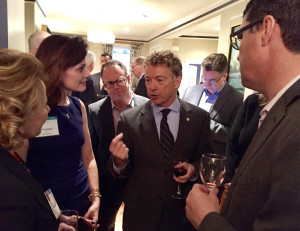 The meeting was put together in November following the election to bring together a group of healthcare executives to discuss an ACA repeal.  In the end, our input was too late to impact the bill as the White House had simultaneously issued an ultimatum to Republicans to get in line and vote for the bill or suffer the consequences in the mid-term elections.  What happens next, given the campaign promises, should be interesting as House Speaker, Paul Ryan stated, “Obamacare is the law of the land.  We’re going to be living with Obamacare for the foreseeable future.”

President Trump was applauded for his out spoken support, but there are no convincing stories or quotes around his interest in the elements of the AHCA.  It likely hurt his ability to appeal to undecided voters with his lack of detailed knowledge or passionate pushing for meaningful bill specifics.

Trump’s greatest skill may be as a marketer and brander as seen in his real estate deals and knack for labeling competitors.  When many attempted to call the bill ‘Trumpcare’, the White House ran from it at the suggestion of VP Mike Pence.  He did not share the same intensity, or tweets, as on the travel ban or wiretapping claims.  Trump did voice his displeasure Sunday morning tweeting, “Democrats are smiling in D.C. that the Freedom Caucus, with the help of Club for Growth and Heritage, have saved Planned Parenthood & Ocare!”

Republicans agreed on Repeal only

No notable US Healthcare experts supported the specifics of the AHCA or could show how this program would benefit Americans.  A Quinnipiac poll showed only 17% of Americans supported it.  High-profile, conservative lawmakers called it ‘Obamacare Lite’ and many major medical and health care groups believed the bill would harm Americans.  Moderate Republicans were alarmed by the Congressional Budget Office score projecting 24 million more uninsured and more so by the rising premiums for the low income 50-65 year olds and patients with pre-existing conditions.  Ryan risked losing even more moderates with his 11th hour exploration of removing the 10 Essential Health Benefits of insurance programs guaranteeing preventative care in order to persuade the Freedom Caucus.

One issue from not getting any support from the other side of the aisle is it provides veto power to large conservative coalitions.   This could hamper the White House from accomplishing its goals if it is unable to coalesce the moderate and conservative wings of the party in pushing through Tax Reform and the Infrastructure Bill.  We never did get to a vote to see who was bluffing and who was going to fall in line.  By one estimate, the conservative House Freedom Caucus had 22 potential no’s from their 30 member group.  Thirteen of the 50 member Tuesday Morning group were undecided going into the vote.  Nine of the 23 Republican congressmen in areas Hillary Clinton won in 2016 were potential no’s as were 9 Mavericks that do not always vote straight ticket and 6 other undecideds. These various groups held different and often opposing reasons for not supporting the AHCA.

Differences approaches between the ACA and AHCA

Prior to the 2008 election, democratic congressional leaders, interest groups and policy experts worked to develop a framework for the ACA and worked with the Presidential candidates.  After the election, this group spent 15 months, over 187 legislative days, and the House and Senate held 15 hearings and accepted more than 150 Republican amendments.  The Republican amendments, however, did not win a single Republican ACA vote when signed into law on March 23, 2007.  Nancy Pelosi in the House and Harry Reid in the Senate, led the push after the Democrats learned from President Clinton’s failed attempt to push the bill from the White House.  Last week we saw Paul Ryan and President Trump throw in the towel after just 18 days without reaching across the aisle.

Ryan had many options with his approach, however, the wings of his party hold vastly different ideologies on the government’s role in healthcare.  He could have crafted a conservative bill with incremental changes consistent with Trump’s populist economic position.  He could have proposed modest subsidy cuts on the needy, and smaller tax breaks for the wealthiest, and tried to accommodate both the Republican Governors relying on the ACA.  Instead, the AHCA projected to increase the uninsured, reduce care in standard insurance, cut support to both low income Americans and those with serious health conditions, and provide a tax cut for the wealthy.

We heard, through the press while we were in our meetings, that repealing the Essential Health Benefits was one element on the table to secure the Freedom Caucus votes.  The 10 EHB points are considered critical by the ACA authors to establish a standard of care that includes maternity and newborn care, preventative exams, prescription drugs, emergency services and hospitalizations.  ACA opponents claim the government is reducing consumer choice and inflating insurance costs with services not everyone wants.  I shared my concerns with eliminating the EHB provisions in creating more gaps in coverage Americans need.

One consistent side conversation surrounded the benefits of a Single Payer system which really surprised me from a Republican group.  One individual’s analysis showed that 31% of all healthcare costs go to either the insurance companies or revenue cycle mechanics on the provider side with little value to patient care for this expense.  The group knew that single-payer is a political lightning rod for conservatives though.  Given Trump’s fiscal conservatism and maverick qualities, do not be surprised if this path receives more consideration in the future.

What Replacement could look like: The Patient Freedom Act

One important ideological shift is that more and more Americans believe healthcare is a right the government should provide.  Senator Bill Cassidy from Louisiana shared with us, as he has with others that, “There’s widespread recognition that the federal government, Congress, has created the right for every American to have healthcare.”  Many of the conservative members of his party do not agree with this position.

Our conversation with Senator Cassidy focused on the AHCA, however, his Patient Freedom Act, co –authored with Susan Collins of Maine, is one structure the Republicans may pursue.  This more moderate bill does not repeal Medicaid expansion and leaves states free to maintain the current ACA marketplace structure at 95% of current funding.  It also gives states the option to expand government funded health savings accounts.

Moving on, for now

The Trump administration avoids getting stuck in the months of policy debate on the AHCA specifics.  Passing the ACA was a major factor in the Democrats losing so many seats in the 2010 mid-term elections.

Nobody believes Obamacare is perfect, specifically those hurt by high insurance premiums, co-payments and deductibles.  It will be interesting to see if the government uses the powers, interestingly granted to HHS Secretary Tom Price through the ACA, to make changes to the exchanges, Medicaid and provide subsidies to middle and low-income individuals.  His actions can either support the insurance exchanges or accelerate their decline.

Healthcare Execs invited to Capitol Hill to discuss the AHCA