In an independent study, Relevant Research, Inc. determined that 40% of men experience noticeable hair loss by the age of 35. By age 60, 65% of men will suffer from balding or thinning hair. For some men, the problem begins at an even younger age, as early as their 20s.

The Mayo Clinic reports that the genetic condition commonly called male (or female) pattern baldness is the most common cause of hair loss. Men in particular are genetically predisposed to lose their hair as they age, thanks to a sensitivity to certain sex hormones, including testosterone. These hormones are collectively called androgens.

Over time, these hormones cause hair follicles to shrink, resulting in thinner and thinner hair. Eventually, the follicles stop growing hair altogether.

What is Male Pattern Baldness

Regardless of gender, the cause of these patches of thin hair or bald spots are caused by the miniaturization of hair follicles. Over time, androgens cause hair follicles to literally get smaller and less able to produce hair.

The mechanism by which this occurs is complicated. An enzyme known as 5 Alpha Reductase occurs naturally in our bodies, and converts testosterone into the hormone dihydrotestosterone, or DHT. High levels of DHT are the direct cause of hair follicle shrinkage and premature shedding of hair. DHT attaches to our hair follicles and causes them to begin producing smaller, finer hairs, and ultimately stop producing hair entirely.

A number of other factors can contribute to the likelihood of baldness. Everything from lifestyle to nutrition, as well as certain diseases, can be the “final straw” that causes male or female pattern baldness symptoms to present.

There are two medications currently approved by the FDA for use in treating androgenic alopecia by stopping or reversing the shrinkage of hair follicles.

There are also other drugs and medications intended to prevent or reverse loss of hair from other causes. These medications are prescription drugs, applied topically. Consult with a medical professional to determine which treatment is best for your situation, and to obtain a prescription.

There are so many treatments and management regimens for baldness that is can be next to impossible for the layman to select the right one. Most of the medications listed here are prescription, and consulting with a medical professional is always the best first step in managing male or female pattern baldness. The problem of keeping hair on one’s head has been on people’s minds for many, many years. Fortunately, modern medicine is finally starting to catch up to the issue. Countering male or female pattern baldness is well within reach for most people these days. Visit your medical professional to learn about the options for your case.

Dehydroepiandrosterone (DHEA) is a naturally occurring hormone produced in the body. Secreted by the adrenal glands, it is precursor to other hormones and is transformed by the body into specific hormones once it reaches the target tissue. As a prohormone, most of it effects are related to its end products as opposed to DHEA itself.

DHEA is gaining traction as an anti-aging supplement. It is also being explored as a treatment for several of the health conditions associated with aging.

DHEA and its effects

DHEA is often touted as a “youth restoring” hormone because of its reputation for slowing down the age process, improving general energy levels and cognitive skills.  Because of this, many see it as a solution to regulate the side effects of aging and hormone depletion.

DHEA supplementation has shown an increase in energy, cognitive concentration, greater muscle mass/retention and slowing down the progression of Alzheimer disease. DHEA has been shown to have an influence on erectile dysfunction and lack of sex drive. In addition, Men with low DHEA more often experience depression as well as higher risks for overall mortality, including heart failure and cardiovascular threats.

Unfortunately, DHEA production declines as its importance increases. DHEA production reaches its highest point during the 20s, but as one grows older, the body’s DHEA production  decreases, leaving as little as 20% of the healthy output by the time one reaches 70.

Since it is a precursor to other hormones, this decline leads to a corresponding effect in other hormones as well. Estrogen and testosterone synthesis, in particular, wane once the DHEA levels decrease. This brings forth several consequences for both sexes. In men, specifically, age-related DHEA decrease leads to a decline in testosterone secretion. This decline is compounded because of the larger role DHEA plays in the production of testosterone as we age.

DHEA Supplements and their Effects

From trials, DHEA supplements have been shown to increase muscle mass, strength and physical well-being in general. In addition, tests of increased concentration, in men and women, have been shown to improve sexual potency and mood, with women experiencing less menopausal symptoms after taking supplements. Overall, DHEA has been seen as an anti-aging supplement, providing bone and muscle strength, better moods and immune system and increased memory.

When tested on patients with diabetes and neurological disorders, DHEA was not seen to improve erectile function and potency in patients. It has also been shown to exhibit minimal side effects such as mild acne, swollen ankles and increased facial hair in some women.

The effect of long term treatment on cardiovascular conditions and hormone-dependent tumors has not yet been studied, or have yielded conclusive results.

DHEA supplements for anti-aging purposes are currently gaining traction. As a precursory hormone, it is seen by many as a way to regulate hormone balance within the body. In addition, DHEA’s reputation in increased bone and muscle strength, as well as energy, has many physicians exploring DHEA supplements and its effect on bone growth, depression, and other mood and cognitive disorders.

Hormone Therapeutics specializes in endocrine and hormone-related treatment, and is committed to finding the best treatment for your well-being.  If you’re curious about how DHEA supplements can improve you and your life, Hormone Therapeutics can provide the answers for you. Call us today! 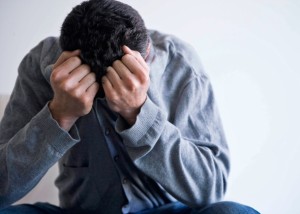 We see so many mistakes on the message boards and have so many people come to us for help following a litany of errors. The Top Testosterone mistakes have a multitude of consequences from health risks, to side effects, to quality of life impairment to abandoning programs. There is one commonality, however, though in most of the mistakes. The patients are not getting proper guidance and oversight from a HRT specialized physician. Some mistakes seriously impacted their quality of life, or resulted in men stopping testosterone prematurely.